Credentials: Department of Oncology
(School of Medicine and Public Health) 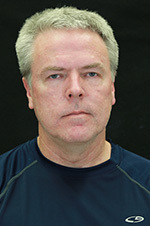 Research Interests
Dr. Bradfield’s laboratory is interested in a family of transcriptional regulators known as PAS proteins. Members of this emerging family of proteins control a number of processes, including xenobiotic metabolism (Ah-receptor and Arnt), circadian rhythms (Per), angiogenesis (HIF1a and Arnt), and neurogenesis (Sim). The model system that is currently emphasized is the signal transduction pathway mediated by Ah-receptor/Arnt heterodimeric complex. These helix-loop-helix-PAS proteins regulate the induction of a number of xenobiotic metabolizing enzymes that occur in response to exposure to a variety of polycyclic aromatic environmental pollutants. In addition, the Ah-receptor mediates a second battery of genes responsible for a number of “toxic effects” of dioxins, such as epithelial hyperplasia, immunosuppression, teratogenesis, and tumor promotion.

To understand these proteins and their signal transduction pathways, Dr. Bradfield’s lab is focusing on the characterization of the Ah-receptor/Arnt pathway in genetically manipulable organisms such as mice and yeast. They use yeast genetics as a method to identify genes that are required for signaling. In addition, the yeast system is proving valuable in modifier screens to identify novel components of the dioxin signaling pathway. Experiments in the murine system help us to understand the physiological function of these proteins, as well as to identify new members of the PAS family. Current areas of interest include the use of gene-targeting to generate informative bHLH-PAS loci and the use of more classical transgenic approaches to construct murine models that will help us characterize the mechanisms that underlie the toxicological and developmental effects of halogenated aromatics like dioxin.

Dr. Bradfield is also working in collaboration with Dr. Anna Shen on the characterization of a rodent mutant, BigEye mouse. The BigEye mouse exhibits an enlarged anterior chamber secondary to metaplasia of the corneal endothelium and blockage of the iridocorneal angle by the epithelialized corneal endothelial cells. The goal of this research is to provide a molecular explanation for the murine BigEye phenotypes, including identification of the gene mutations which produce the phenotype and characterization of signaling pathways involved in corneal endothelial cell metaplasia.