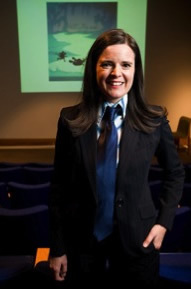 Research Interests
Dr. Casid is an historian, a theorist of visual culture, and a practicing artist in photo-based media. Her work explores the productive tensions between theory, the problems of the archive and the writing of history, issues of gender, race and sexuality, and the performative and processual aspects of visual objects and imaging. Her research in visual studies and in vision and aesthetics includes her book Sowing Empire: Landscape and Colonization (2005) and her forthcoming book Shadows of Enlightenment—both with the University of Minnesota Press. She has just begun a new book project, The Volatile Image: Other Histories of Photography, that reconsiders photography as a complex and unstable medium. Her interest in pursuing the implications of “trans” for the study of visual culture extends to the international visual culture conference on the theme of “trans” which she co-organized (at University of Wisconsin-Madison in October 2006), the video exhibition she guest curated for the Madison Museum of Contemporary Art (2006), and the anthology she is planning on “Visual Transculture.” In addition to creating a new curriculum in visual culture studies and contributing to the development of curatorial and museum studies, Dr. Casid founded the Center for Visual Cultures at the University of Wisconsin-Madison. She is also a practicing photographer.