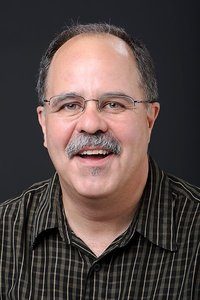 Research Interests
Before his retirement, Terry Devitt was Director of Research Communications for the University of Wisconsin-Madison. For 30+ years he covered the basic and applied sciences at UW-Madison. He also edited and was the project coordinator for The Why Files, a popular and critically successful web site about science. As a freelance science writer Devitt contributed to such publications as Astronomy, Orion, the Los Angeles Times Syndicate, the Milwaukee Journal, the American Heart Association, the Bulletin of the Howard Hughes Medical Institute and the children’s science magazine Muse. His awards include the 2001 Science Journalism Award from the American Association for the Advancement of Science (AAAS) and the Society of Professional Journalists Sigma Delta Chi Award for In-depth Reporting. In 1997, he was the recipient of a Council for the Advancement and Support of Education (CASE) Gold Award for his work helping to develop The Why Files. In 2007, he was elected a fellow of AAAS. Devitt served three elected terms on the executive board of the National Association of Science Writers and was chair of AAAS Section Y, General Interest in Science and Engineering.