Credentials: Department of Ophthalmology and Visual Sciences
(School of Medicine and Public Health) 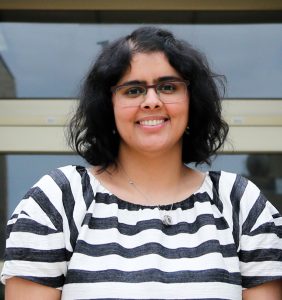 Research Interests:
Our ability to see the world around us relies on a small piece of tissue lining the back of the eye called the retina. The retina is composed of several thousands of cells (neurons) wired together in a circuit that efficiently converts light photons to electrical impulses that are then conveyed to higher brain areas. Connections between retinal neurons occur at specialized junctions called ‘synapses’. The Hoon Lab studies these synaptic connections within the mammalian retina during development and disease conditions. The Lab is interested in elucidating the molecular and activity-dependent mechanisms that establish retinal synaptic connections and that degrade and destroy the retinal circuit during blinding diseases. Our research employs state-of-the-art imaging, electron-microscopy, electrophysiology, gene-profiling and transgenic tools to uncover the synaptic structure-function mechanisms that dictate normal organization and connectivity during retinal development. Using this knowledge, we want to determine how alterations in these mechanisms destroy retinal architecture during disease and degenerating conditions. Information gathered from correlating the molecular and functional organization of retinal synapses during development and in diseases can enable formulation of novel pharmaco-genetic therapeutic approaches to ameliorate circuit dysfunction with an aim to reinstate retinal synaptic function during progression of disease conditions.