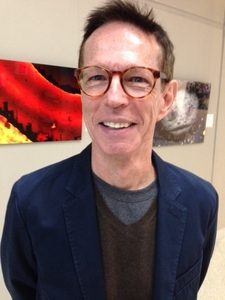 Research Interests
A life-long fascination with color has inspired Rodney Schreiner to a variety of activities that involve aspects of light, vision, and perception. His scientific research has involved the study of how molecules that absorb light can be combined with others that are transformed by energy to capture and store the energy in light. A great portion of his energies has been devoted to developing methods for communicating the ideas of science to students at all levels and to the general public. He has been actively engaged in the development of demonstrations in chemistry and in general science that appeal to a wide variety of audiences, including college students, elementary-school children, professional scientists, teachers at all levels and the general public. Recently these demonstrations have focused on visual perception and the relationship between perception and underlying physical stimuli. He coauthored Volume 5 of the series Chemical Demonstrations: A Handbook for Teachers of Chemistry, published in 2011, which deals extensively with color, light, vision, and perception. He has produced a variety of television programs dealing with chemistry and science, some of which have been featured on PBS. He designed the automated interactive chemistry demonstrations that have been on display at the Chicago Museum of Science and Industry. Dr. Schreiner also presents numerous science entertainments in such places as shopping malls, science museums, school gymnasiums, and at the Disney Epcot Center. He is also an avid gardener (flowers), an enthusiastic (some say gourmet) cook, a music lover (classical), and art collector (mostly regional).  He is co-chair of the Vision Gallery Committee of the McPherson ERI.