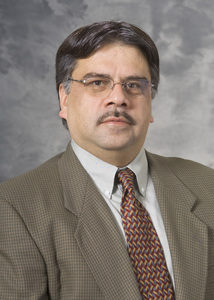 The growth of new blood vessels (angiogenesis) contributes to the pathogenesis of many diseases, including retinopathy of prematurity, diabetic retinopathy, and age-related macular degeneration. These diseases are the major causes of blindness in the developed countries. Understanding the molecular and cellular mechanisms that regulate angiogenesis will aid in the development of angioinhibitory agents. Our laboratory has demonstrated that thrombospondin-1 (TSP1) is an important modulator of retinal vascular homeostasis. Mice deficient in TSP1 fail to undergo appropriate vascular pruning and remodeling during postnatal vascularization of the retina; as a result they exhibit increased retinal vascular density. This finding opens many new questions relating to the molecular and signaling mechanisms that mediate TSP1 activity. We have prepared cultures of vascular cells, including endothelial cells (EC), pericytes/smooth muscle cells, and astrocytes from TSP1-/- and wild type mice. A goal of our lab is to determine the role TSP1 plays in coordinating the interactions among these cells during postnatal vascularization of the retina. Gene array analysis of retinal EC, with and without TSP1, has also identified a number of genes whose expression is differentially regulated. We are determining how alterations in the expression of these genes impact retinal EC phenotype and angiogenesis.

Cytochrome P450 1B1 is a member of the cytochrome P450 family of enzymes whose mutation has recently been linked to the development of congenital glaucoma in humans. How mutations in CYP1B1 cause abnormal development of the eye’s anterior chamber and the resulting glaucoma remains largely unknown. The cells of the trabecular meshwork and Schlemm’s canal share many characteristics of EC. Expressions of CYPs in vascular EC are proposed to be involved in the development and progression of many vascular diseases. We have recently found that the postnatal vascularization of the retina during normal development and its neovascularization during oxygen-induced ischemic retinopathy are attenuated in CYP1B1 null mice. Furthermore, retinal EC prepared from these mice are less migratory and adhesive, and they fail to form capillary networks in Matrigel. However, culturing of the CYP1B1-/- EC under low oxygen tension restores a normal migratory and morphogenic property, indicating that expression of CYP1B1 may be essential for metabolism of some oxygenation species with antiangiogenic activity. Our current efforts are to establish how reduced levels of CYP1B1 contribute to these angiogenic defects and identify the potential CYP1B1 substrate(s).

PECAM-1/CD31 is an EC adhesion signaling molecule with important roles in angiogenesis and modulation of EC adhesion and migration. We have shown that multiple isoforms of PECAM-1 are expressed in vascular beds of different tissues and EC, and that their expression is developmentally regulated. The isoform- specific function of PECAM-1 in vascular development and angiogenesis remains unknown. We have shown mice deficient in PECAM-1 exhibit severe abnormalities in their postnatal vascularization of the retina. They exhibit fewer blood vessels, the blood vessels are dilated, and they exhibit abnormal secondary and tertiary vascular branching. Furthermore, EC prepared from PECAM-1 null mice are less migratory and fail to undergo capillary morphogenesis. Utilizing these cells, we are investigating the effects of specific PECAM-1 isoforms on adhesive, migratory, and signaling properties of EC. In addition, gene array analyses of EC with and without PECAM-1 have identified a number of genes, with important roles in angiogenesis, whose expression is differentially regulated. One such gene is endoglin, a TGF-b type III receptor, whose expression is critical for retinal neovascularization. Current efforts focus on how modulation of endoglin expression affects EC adhesive and migratory properties in the presence or absence of PECAM-1. We are also evaluating the impact reduced levels of endoglin has on PECAM-1 expression using endoglin heterozygous mice and EC prepared from these mice.

In separate studies, we have discovered that TSP1 is present at a significantly high level in the vitreous and aqueous humors of normal eyes, but its level is decreased at these sites during diabetes. Therefore, changes in TSP1 levels during diabetes may contribute to the development and progression of diabetic retinopathy. Our current studies indicate that in the absence of TSP1, the development and progression of retinopathies is significantly expedited in a novel diabetic model developed in our laboratory. Utilizing these mice, we are studying how lack of TSP1 exacerbates the development and progression of early diabetic retinopathies. Future studies will focus on the contribution of TSP1 to altered cell adhesive interactions that results in loss of vascular cells, leakiness of blood vessels, hypervascularization of the retina, and loss of vision in diabetes. The results of these studies will have great impact not only in understanding the mechanisms which normally keep ocular vascularization in check but also aid in the advancement and design of new therapies to prevent loss of vision in diabetes as well as other eye diseases.