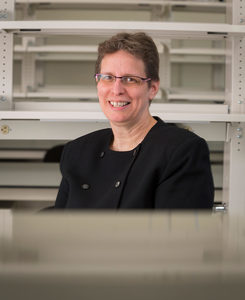 Research Interests
The focus of Dr. Sorenson’s laboratory is to understand the role apoptotic processes play in vascular development and function. Sorenson and her colleagues have been focusing on the roles bcl-2 (anti-apoptotic) and bim (pro-apoptotic) members of bcl-2 family play in these processes. They have shown an essential role for bcl-2 during retinal vascular development and neovascularization. Retinas from the bcl-2 -/- mice exhibited decreased branching and formation of major retinal blood vessels concomitant with reduced number of endothelial cells, pericytes, and capillaries, as well as an inability to undergo ischemia-driven neovascularization. Bim plays an opposing role to bcl-2 in most tissues. The lab is presently examining bim’s role in retinal vascular development and homeostasis. The research in this laboratory utilizes transgenic mice, as well as retinal endothelial cells and pericytes generated from these mice. They have shown that lack of bcl-2 significantly impacts the adhesion and migration properties of retinal endothelial cells, perhaps through alterations in production of various extracellular matrix (ECM) proteins. The lab is also examining how bim expression and its phosphorylation impacts postnatal retinal vascular development and retinal ischemia-driven neovascularization. Endothelial cells are being prepared to examine bim and bcl-2’s role in modulating adhesion, migration and ECM production. These cells are also used to develop cell-based high throughput screening assays for identification of compounds with therapeutic potential. The ability of pro- and anti-apoptotic proteins to influence cellular microenvironment could have significant impact during morphogenesis and differentiation. Alterations in cellular microenvironment may lead to abnormal retinal vascular development and retinal vascular diseases. The information gained from such studies will allow researchers to design treatment modalities to intervene at earlier stages of disease preventing their development and progression.