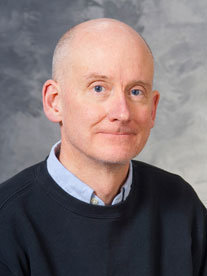 Research Description
James Thomson has conducted pioneering work in the isolation and culture of non-human primate and human embryonic stem cells—undifferentiated cells that can proliferate without limit and have the ability to become any of the differentiated cells of the body. As a research tool, the human embryonic stem (ES) cell is broadly enabling, allowing unprecedented access to the cellular components of the human body, with applications in basic research, drug discovery and transplantation medicine. Dr. Thomson directed the group that reported the first isolation of ES cell lines from a non-human primate in 1995, work that led his group to the first successful isolation of human embryonic stem cell lines in 1998.

In 2007, Dr. Thomson’s lab reported (contemporaneously with Dr. Shinya Yamanaka) the first isolation of human induced pluripotent (iPS) stem cells. iPS cells have the basic properties of human ES cells but are derived from somatic cells rather than human embryos. Awarded “Scientific Breakthrough of the Year” by Science magazine, this groundbreaking discovery not only has the potential to end the ethical controversy that has surrounded stem cell research, but it is also a significant step toward treating diseases with a patient’s own cells.

At its most basic, Dr. Thomson’s current research focuses on understanding how ES cells can form any cell in the body (pluripotency); how an ES cell chooses between self-renewal and the initial decision to differentiate; and how a differentiated cell with limited developmental potential can be reprogrammed to a pluripotent cell. His specific research interests include: Examining the transcriptional networks in ES cells that mediate self-renewal and commitment to each of the basic lineages of the early embryo; mapping the epigenome of ES cells and their early-differentiated derivatives as a participant in the San Diego Epigenome Center; improving methods for generating human iPS cells, and correcting genetic defects in iPS cells generated from patients with degenerative retinal disease; developing new strategies to convert human pluripotent stem and somatic cells into hematopoietic, vascular, and cardiac progenitor cells; and understanding clocking mechanisms that control developmental rates.